Now that companies have filed their 2017 taxes (or at least filed an extension), it’s a good time for small businesses to plan for the 2018 tax year and learn how they can benefit from the new tax law, from lower tax rates to much larger tax breaks for technology purchases.

President Donald Trump in late December signed into law the Tax Cut and Jobs Act of 2017, which includes many changes that could benefit businesses. C Corporations, which are typically large companies but include some small businesses, too, receive a huge tax cut as the federal corporate tax rate drops from 35 percent to 21 percent.

Small businesses that are pass-through entities – such as S Corps, LLCs and partnerships, which are the vast majority of small businesses – also benefit with a potential 20 percent deduction for qualified business income, but it’s subject to many exceptions, says Stacey Gorowitz, CPA and CEO of S.J. Gorowitz Accounting & Tax Services, P.C. in Alpharetta, Ga.

“Small businesses have opportunities to use that tax savings and reinvest into the company, whether it’s purchasing new equipment or expanding,” she says.

The new tax law increases the Section 179 deduction, which allows companies to write off the entire cost of hardware, off-the-shelf software and other equipment during the year they make their purchases, rather than spread out the deduction over a normal depreciation schedule, which is typically five years for hardware.

“By writing off entire purchases in the first year, it will reduce your net income, which will reduce your income taxes,” says Rayanne Buchianico, an enrolled agent and owner of ABC Solutions in Clearwater, Fla.

How Section 179 and Bonus Depreciation Work

For companies that need to invest in a lot of equipment, the bigger Section 179 deduction and bonus depreciation can greatly lower their taxable income. But for most small businesses, the existing amount was already enough to cover their yearly technology purchases.

“Your mom-and-pop shops are probably not going to spend even $500,000, but for businesses in certain industries, the increase to $1 million is huge,” says Micah Fraim, a CPA from Roanoke, Va. “You’re talking about a significant amount of infrastructure.”

Section 179 limits how much companies can spend on equipment to qualify for the entire $1 million deduction for 2018. For this year, spending must not exceed $2.5 million. Every dollar spent above the limit must be subtracted from the deduction.

However, under the new tax law, bonus depreciation is increased to 100 percent for equipment placed into service between Sept. 27, 2017 and Dec. 31, 2022. Bonus depreciation also has no spending limits. That means companies can write off the full cost of their technology and equipment spending in a single year, regardless of how much they spent.

Section 179 is limited to a company’s taxable income, meaning businesses can’t use the deduction to create a loss. But companies can use bonus depreciation if they are losing money, Buchianico says. Companies can carry the loss forward to lower their taxes in future years.

However, it’s not always advantageous to take the entire deduction all at once, so it’s important for executives to discuss with their accountants on how best to use Section 179 and bonus depreciation, Fraim says.

“If you take it all in one fell swoop, that could be a smart strategy if you are having a tremendous year and need to get rid of some of the profit,” he says. “But if it’s an average or down year, there’s no point in using it all at once. You won’t nearly get the same percentage advantage by taking it all at once. So we’d rather you have it to offset your income in future years.”

If small businesses qualify for the 20 percent deduction for pass-through entities, business owners who were previously at the highest tax bracket of 39.6 percent could drop to an effective 29.8 percent tax rate, Gorowitz says.

To qualify for the full 20 percent deduction, business owners may not operate a “specific service trade or business,” which means a company that provides services in fields such as health, law, accounting, actuarial services, performing arts, consulting, athletics, financial services, brokerage services or any field where the principal asset is the reputation or skills of its employees or owners, she says.

The upshot is that Congress initially wanted to simplify the tax code with the new law, but lawmakers have made it more complicated than ever before, Fraim says. For most businesses, they are still better off, but it depends on each company’s situation because the new law has eliminated some deductions for niches or specific industries, he adds.

“The 20 percent deduction for qualified business owners is not clear cut,” Gorowitz says. “There is a complicated five-step calculation. So they will need their tax advisers more than ever.” 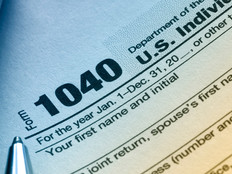 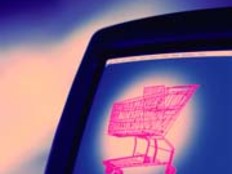 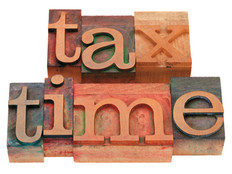