JLL’s Joe Ryan says by upgrading the company’s voice, data and wireless networks, it has provided its employees with the technology tools they need to stay competitive.

The roots of JLL go all the way back to 1783, when auctioneer Richard Winstanley set up shop in London. Through many partnerships, mergers and expansions, the company has evolved into a commercial real estate and investment conglomerate with offices all around the world.

Clearly, JLL wouldn’t be the company it is today if it didn’t embrace change. Nothing illustrates this willingness to modernize better than the major technology makeover it has undertaken over the past few years.

Four years ago, with assistance from CDW, JLL deployed a new voice communications system for about 6,000 users in 50 of the company’s U.S. offices. The deployment worked out so well that JLL took on CDW for more projects.

CDW worked closely with JLL as the company added a new access control and authentication system to support the rollout of a bring-your-own-device (BYOD) program that allows users to access corporate IT resources with their personal smartphones and tablets. CDW also helped JLL deploy a cloud-based web proxy security service and upgrade its wide area network (WAN) infrastructure so it could deliver the bandwidth employees need to run next-generation applications such as desktop peer-to-peer communications or small-group video conferences.

“CDW really helped us with our BYOD strategy, and they also worked with us to completely replace our wireless network,” says Joe Ryan, chief technology officer for JLL’s Americas division. “When it came to wireless and network access control, they designed and assisted on the deployments domestically, and they also developed a global design for all our offices internationally.”

For the voice project, CDW set up two clusters to cover offices across the United States. The team installed Call Manager from Cisco Systems, which delivers numerous capabilities, including: voicemail-to-text conversion; softphones on desktops, tablets and other mobile devices; and Find Me/Follow Me technology, which sends phone calls from a user’s desk phone to another device, such as a cellphone, home phone or softphone on a tablet.

“We also have Cisco Call Manager set up with enhanced Caller ID,” Ryan adds. “We have a lot of people who work out of the office and travel internationally, so it’s great that we can give them softphones via their computers with all those enhanced unified communications capabilities.”

Ryan adds that any user can log in to any phone on any desk. So if a user must work in a remote conference room for a day, he or she can log in to the phone in that room while still using his or her own phone number.

“If I go to our New York office, I can sit at a desk and log in to that phone, and I can use my Chicago phone number,” he says. “We also use this in some offices that are set up for hoteling, where people do not get assigned desks. Every day, people go into the office and sit somewhere new and log in to the phone at that desk, and they can use their number.”

“When we started with JLL, they told us they were having outages that caused problems for the staff and customers,” says Flood. “What they really liked was that with Cisco, we were able to get three to four offices up and running in a week. We got the new voice systems up in days as opposed to months, and they really appreciated it.”

The Road to BYOD

After the voice deployment, CDW got the call to upgrade JLL’s wireless infrastructure.

“We started at headquarters and just moved on from there,” Fella says. “The goal was to convert all their wireless access points to a central controller.”

For the deployments in the Americas, CDW installed more than 300 Cisco Aironet 3602i wireless access points and another 40 Cisco Aironet 3502i APs, all of which upgraded the WAN to the IEEE’s wireless networking 802.11n standard.

JLL’s Ryan says while the upgraded wireless bandwidth was a welcome enhancement, one of the real catalysts for the project was integrating Cisco’s Identity Services Engine into the wireless network. ISE lets companies set up a secure access and authentication system for a corporate network, including a BYOD network for employees as well as a guest network. When a user logs on to the system, ISE determines if the user has proper credentials to access the corporate network or the BYOD network — or if he or she should be sent to the guest network.

“We were able to reduce our infrastructure hardware, and that was great, but ISE also let us roll out our BYOD program, which gave our employees the technology options they had been looking for,” Ryan explains.

For example, JLL opted for two service set identifications (SSIDs) — one for the corporate and BYOD networks for employees and one for the guest network. ISE also lets the IT department customize access based on JLL’s requirements.

When JLL employees access the network with a device that has been issued to them by the company, they go right onto the corporate network. But when they access the network with a personal tablet or computer, they are sent to the BYOD network, which runs on the same SSID as the corporate network. Guests and other visitors are sent directly to the guest network.

With the Cloud Web Security service, traffic now gets routed to the closest Cisco data center, where it’s scanned to see whether a site is acceptable under JLL’s policy, needs a warning (for example, traffic such as video streaming that can bog down network response times) or is unacceptable (such as a pornography site). “All of this happens instantaneously,” says Ryan. “If one of our employees brings up a website in Atlanta, instead of heading to Chicago, the traffic gets sent to the Cisco Southeastern data center and gets routed right back to the user. Another great aspect of the service is they keep up with all the malicious sites.”

The final piece of the puzzle was upgrading JLL’s network infrastructure and Internet connections. In the past, the company had a Multiprotocol Label Switching connection in every office. Ryan says the MPLS connections were expensive and didn’t deliver the bandwidth required for next-generation applications.

Now, each office in the Americas has redundant connections: one from a telecom provider and the other from a cable company. Ryan says JLL opted for the redundant connections, noting that if one connection goes down, it’s unlikely that the other connection would be affected since they take diverse paths. So barring a natural disaster, JLL will always have the bandwidth it needs.

“We now deliver 30 times the bandwidth at a better price,” he says. “Our people have the high-speed, business-class service they need to run video and next-generation applications.”

CDW’s Flood says JLL continues to be proactive, planning an upgrade to the next version of Cisco Call Manager.

“They know what they want, and they are a great partner,” Flood says. “They judge us less by the boxes we sell and more on the value of our engineering expertise. We really value our relationship with them.”

CDW provided specialized training on all the new IT products and services it helped JLL deploy.

“With the wireless network and Identity Services Engine project, for example, it wasn’t formal classroom training,” says CDW Advanced Technology Account Executive Dan Flood. “We had their IT people shadowing and looking over the shoulders of our engineers throughout the entire deployment, so our people were always available to answer questions.”

CDW made sure the JLL team understood the basic concepts of configuration management, including how to do adds, moves and changes.

“We also worked as a consultant to communicate information to end users on how to use the new wireless network,” Flood says.

In addition, CDW developed documentation on how to access the new wireless network. This information was emailed to employees and posted on the JLL website.

“With the wireless network, we decided to push the information out to the employees because, for most people, the instructions are easy to follow,” says Joe Ryan, chief technology officer for JLL’s Americas division. “For example, it’s really convenient for guests to simply read the instructions on how to access the wireless network when they are in a JLL conference room.”

Tom Doyle, a senior security and wireless engineer for CDW who worked closely with JLL on its wireless deployment, offers three pieces of advice for deploying the Cisco Identity Services Engine (ISE) for authentication and authorization:

Set security policies: “Quite often, when we begin a wireless deployment, we’ll ask the IT staff what their security policies are, and they’ll tell us that’s why they hired us,” Doyle says. CDW helps an organization’s IT staff work through decisions such as what devices the company will allow on the corporate network.

Determine the size of the deployment: CDW had to set up a larger-than-usual server deployment to handle JLL’s ISE implementation. Most companies require two servers to run ISE, one primary and one redundant, to run the three “nodes” (or instances) in which ISE operates. “In JLL’s case, which was a very large deployment across the country, we set up dedicated redundant servers for each node,” says Doyle.

Choose network services: IT managers must deploy the specific features that ISE provides, such as network access, device profiling and mobile device management. 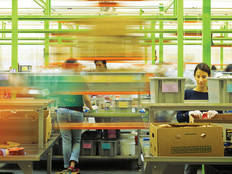 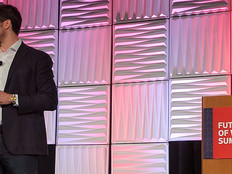