NFL football teams play on its turf; families walk on its tile, wood, sheet vinyl and laminates; and shoppers ponder purchases on its retail surfaces. So when data center downtime became a problem for French flooring manufacturer Tarkett, its North American IT leaders decided they needed to put their technology infrastructure on an equally stable footing.

After years of growth, Tarkett’s North American Flooring Division needed to update and consolidate its sprawling IT infrastructure, which was spread across eight locations. The company’s two main data centers in Chagrin Falls, Ohio, and Farnham, Quebec, in Canada, had aging equipment and a limited backup power supply to protect them from power outages. When storms knocked out power at the Ohio data center, for example, it negatively impacted IT services at half a dozen manufacturing plants and distribution centers.

Therefore, in early 2009, Tarkett’s North American IT department purchased new servers, storage, networking and data backup equipment, and the IT staff began a project to consolidate their data centers and migrate their applications to a single data center hosted and managed by CDW. Their primary objective was to provide the uptime, reliability and security that the growing company required.

“We are a 24x7 operation and are always making products and shipping orders,” says Sandro D’Amicone, Tarkett’s North American vice president of customer experience and information technology. “We are fanatical when it comes to providing good customer service and keeping the promises that we make to our customers, so we focused on having full redundancy in place.”

Tarkett isn’t alone in focusing on business continuity. According to Forrester Research, the top three priorities for enterprises in 2011 are consolidating IT infrastructure, upgrading business continuity and disaster recovery capabilities, and improving security. Tarkett accomplished all three with the same project.

The company did so by architecting an infrastructure with disaster avoidance in mind, deploying server virtualization and turning to a managed services provider. The CDW data center in Madison, Wis., helps ensure business continuity because it provides 24x7 network monitoring, maintenance and troubleshooting support. It’s built to withstand tornadoes and is highly secure, using the latest network security tools.

“This new infrastructure is faster and more reliable,” D’Amicone says. “If we did it ourselves, it would have been more costly and probably not as flexible, scalable and secure.”

Outsourcing allows Tarkett’s IT department to focus less on mundane IT tasks and more on building new, strategic business applications for employees and customers to provide a competitive advantage, says Dan Brinkman, the company’s North American IT director.

“We don’t have to worry whether last night’s backups were successfully completed,” he says. “We can spend our time improving our customer-facing applications, enhancing our customer’s experience and providing them more value. We view information technology as a strategic weapon, especially in the multitiered distribution channel we operate in.”

Tarkett, the market leader in floor coverings and sports surfaces, has 8,800 employees and 30 production sites that serve customers in 100 countries. Headquartered in Nanterre, France, Tarkett comprises four divisions: Western Europe, Eastern Europe, North America and Tarkett Sports, which handles sports surfaces worldwide. Tarkett has grown rapidly through organic growth and acquisitions and is embarking on an initiative to consolidate its dozens of data centers worldwide down to three: one in North America, a second in Western Europe and a third in Eastern Europe. 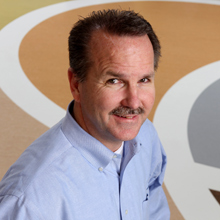 The North American division, which currently has two main data centers and six smaller data centers, is the first to tackle consolidation. In March 2008, downtime was a frequent problem. Most of the smaller data centers are in rural areas without a lot of infrastructure for backup power and telecommunications services. Adding in redundant power sources was not an option because Tarkett was reliant on the limited telecom services available, so when a big storm or other natural disaster hit, it knocked out IT services.

The IT staff considered modernizing one of its main data centers to become the primary data center, but they decided it would be too costly to build out, staff and support to the level needed, as well as too time-consuming to make it compliant with auditing and security standards, Brinkman says.

Tarkett’s IT leaders began exploring its hosting options and spent eight months evaluating providers. They whittled it down to two finalists and ultimately chose CDW. The CDW data center features 150 dedicated engineers, multiple power sources, and power generators and cooling systems for redundancy. It is also compliant with the Statement of Auditing Standards No. 70 (SAS 70) and the Payment Card Industry Data Security Standard (PCI DSS).

“By going to a place like CDW, we received the staffing, security and compliance we needed to support our growth strategies,” Brinkman says.

The IT department split the project into two phases. During the first phase, in 2009, the company moved its most critical business applications — which run on AS/400 servers — to the CDW data center in Madison. The project included moving related Windows applications that tap into the AS/400 data and provides employees and customers with critical data, such as order status, inventory availability and prices, says Doug Finnick, Tarkett’s director of North American infrastructure.

In the project’s second phase, beginning this year, the company plans to migrate the remaining applications from all eight data centers, including Microsoft Exchange e-mail, SQL Server databases and file and print servers.

Instead of renting equipment from CDW, Tarkett decided to buy its own. It leased two new AS/400 servers because its existing ones were reaching their end of life. It also acquired IBM BladeCenter blade servers, a NetApp storage area network and VMware virtualization software to consolidate and virtualize the company’s existing rack-mounted servers. For data backup and recovery, it bought IBM Tivoli Storage Manager to back up to disk and tape, Finnick says.

At the time, one AS/400 was housed in the main Quebec data center, while the other AS/400 was housed in the main Ohio data center. The Tarkett and CDW teams moved the Quebec AS/400 applications first. They installed the new server in Madison, replicated the Quebec transactions in real time, and for several weeks, performed extensive testing to ensure the new server ran properly, Brinkman says. By mirroring all production transactions on the Madison AS/400s for several weeks, the cutover weekend involved simply redirecting the users to Madison instead of restoring the entire production system. After the Quebec applications and users were moved to Madison, they repeated the process with the AS/400 applications in Ohio. 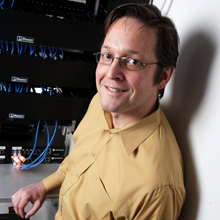 “The goal is that when we cut over, there should be zero downtime and zero impact to our business and customers,” D’Amicone adds.

Redundancy was a high priority. In Madison, Tarkett consolidated all the AS/400 applications into one new AS/400 server, and for redundancy, applications and data were replicated in real time to a second new AS/400 server, Finnick says. That way, if the first server goes down, the company can configure the second to take over operations within four hours with no data loss.

The company moved its related Windows applications, such as reporting tools, faxing software and customer portals, to the IBM blade servers. In doing so, the IT staff consolidated 20 rack servers into four blade servers, thanks to VMware ESX 3.5 virtualization software.

Tarkett implemented VMware’s vMotion software to further aid business continuity. If one blade goes down, the software will automatically migrate the virtual servers to the other blades to keep the applications running, Finnick adds. The IT staff is using IBM’s Tivoli Storage Manager to back up the virtual machines and data stored on the NetApp device.

To further ensure uptime, the company bolstered its wide area network with multiple connections into each office. To boost network performance, the company installed Riverbed Steelhead WAN optimization devices at each site. The technology caches data locally, which speeds up the delivery of data to users.

“This allows us to centralize to one data center without needing to have 20-meg pipes in every location and ensures that whatever we throw at the network — data, Voice over IP and video — users will still have good performance,” Finnick says.

Tarkett, which pays CDW a monthly fee for hosting and managing its data center infrastructure, achieved a return on investment within the first year. The flooring company is saving $30,000 a year from Phase 1 of the project alone, and the savings come from not having to build and operate a new data center facility and hiring the staff to manage it, Finnick says. “CDW has the ability to deliver compliance for us. All of their processes are solid. Everything is documented and auditable,” he says.

The new infrastructure and data center is providing the company with the performance and business continuity it needs. Tarkett’s employees and customers are getting faster, more reliable access to AS/400 applications and data, Finnick adds.

And in the off chance a power outage or disaster hits a Tarkett facility, having centralized IT operations at the Madison data center allows seamless rerouting of customer communications to another office during the outage, so customer service isn't affected, D'Amicone says.

The goal was to create a “plug-and-play” environment, so when Tarkett decides to build new facilities or acquires a new company that needs to be integrated, Tarkett’s IT team and CDW engineers can quickly provision IT services for the new facility and new employees, D’Amicone says.

And last, the move to consolidate the company’s eight data centers, which reduces power consumption, coincides with Tarkett’s goal to become more environmentally friendly and sustainable. CDW’s Madison data center, which was designed with energy efficiency in mind, also aids in that effort.